Recently we’ve been working with the new owners of Bosun’s Brewing Company and today we paid our first visit to their new premises in Wetherby. We were hoping to see their first batch in production, but with the electrician a week late, no power meant no beer. A tiny setback compared to keeping the business alive in a pandemic for over a year. 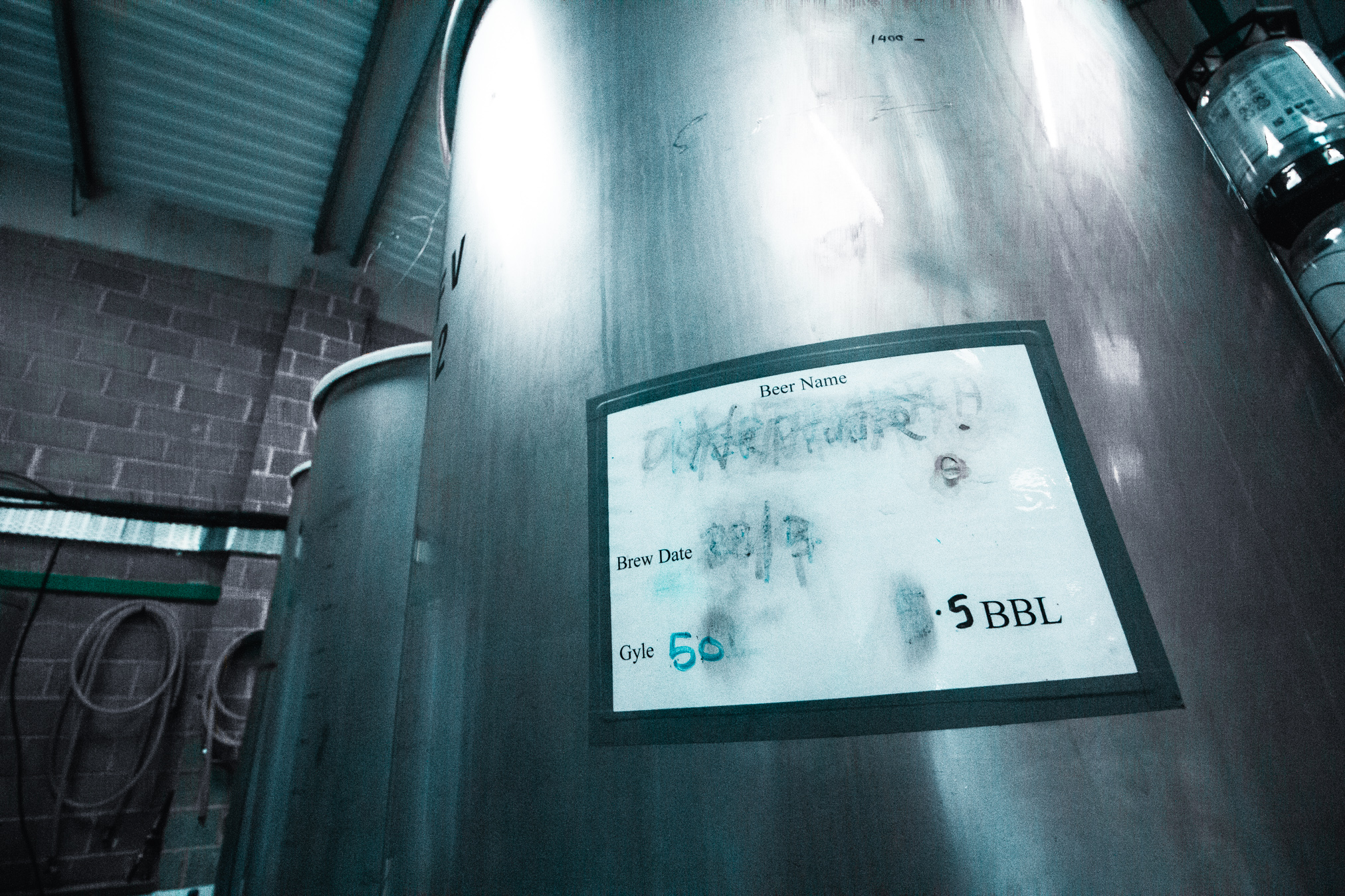 After a few months of consulting on brand and developing a new range of can art, we met two of the owners for a chat about the finer points of label designs and production. Whether the cans should be 330ml or 440ml? What details do we need on the cans? And what finish should the cans have? - Fake condensation, wavey patterns or just a simple matt texture. There was some speculation on the matt texture as to whether it felt like dragging your fingers over a blackboard but overall, it seemed like the preferred route.

The entrance or ‘Taproom to be’ was full of bits of furniture and kit from the old premises in Huddersfield. We were immediately drawn to a vintage-looking weighing scale, apparently used to weigh kegs going in and out of the brewery, although with the scale capped at 12KG and a full keg weighing around 80kg none of us was quite sure on its actual purpose. But, along with an eclectic mix of brass, illustrations of ships, maritime clocks, and nautical trinkets, it just looked kind of cool.

We met Master Brewer Gary who, despite not having had the chance to start brewing, gave us a cheerful tour. With fresh hops from Cass and water of a very similar ph. to their old base at Huddersfield (God bless Yorkshire Water), Gary is confident of delivering their existing range of beers from a new location.

The guys talked about measuring levels of alcohol to calculate tax and the various, precise instruments needed to do so. Describing how hops give beer its taste, but that you can also add yeast at the end to create even more flavour. Neither Matt nor I did very well at science in school, but we listened intently, imagining beer fermenting, frothing, and flowing, fascinated by huge metal containers and Gary’s white ponytail style beard. A promise was made to come back next Tuesday to try the first sample.

Originally Bosuns supplied cask ale to pubs, and when in early 2019 the brewery came up for sale, it seemed like a great opportunity for a group of friends to buy into the beer game. But like most businesses, during the COVID 19 pandemic they immediately had to re-think their business model and for the first time started selling directly to customers online. Bottling cask ale is not without its issues, not to mention trying to deliver bottles without breakages - but against all odds, they saw a good rise in a new customer base.

In reaching fresh audiences, the new owners also recognised that some of their original, inherited beer label illustrations were a bit old fashioned, and in some instances could be criticised for being slightly misogynistic - deciding quite rightly that there might be better, more inclusive ways to market Beer was just one of the reasons for working with Yes/No.

As Matt went off to talk print spec, I mooched around to take a few recce shots and have an extended chat with Rowena and Master Brewer Gary. He was keen to talk about new ideas for beers from his beer bibles. Historical recipes with fashionable potential, immediately inspiring stories, and visual ideas we all got excited about - agreeing that beer labels are the new album cover art, it’s all about the music but a good cover goes a long way.

We talked about ‘mash ups’ (excuse the pun) of known hops and brands to create new and interesting flavours or names. And marvelled at how, in the craft beer market it’s often the esoteric, or weird and wonderful that gets noticed and shared.

Hopefully, brewing will start next week, and we can finally get our lips around some fine, handcrafted Yorkshire ale.

What is the value of design?
Kickstarter: The the who fell in love with the full stop
The Yes/No Playlist - Ep.1
Yes/No
Duke Studios
No.3 Sheaf Street
Leeds
LS10 1HD
Instagram
Twitter
LinkedIn
Vimeo
hello@yesno.studio
Privacy policy
© Yes/No Studio Ltd